First off no I’m not running this year. But many people have been asking me for my recommendations so here it is.

As an intro let me give a breakdown of my general thoughts about the election followed by the criteria I use to assess. I am not going through all 50 something candidates, just the key contested office positions. Also, even tho you can only vote for one At-Large Officer I will recommend a few.

Most people in Venice espouse themselves progressives, anti-racism, or are considered by many to be so. While that may be true for a very small contingent of Venetians, collectively that is not the reality. In the current Venice political discourse racial justice, cultural value, and economic equity concerns are lacking if not totally non-existent. This negligence and resistance to address it is highly disturbing.

We are a town known worldwide for its diversity and colorful contributions to local history and culture. Gentrification and the disappearance of Black and Brown and working class people (via systematic process) is probably our community’s most narrated and understood element. However there is an unspoken apathetic and conveniently dismissive attitude when it comes to challenging ongoing gentrification and systemic racism, and working in the directional of restorative justice.

Such apathy, dismissal, censoring, and minimization of Black and Brown voices is what reinforces systemic racism in our neighborhood and perpetuates displacement of historically oppressed communities. Again, this in a town who’s majority espouses themselves to be practitioners of equality and anti-racism, probably go to Burning Man, do yoga, and frequent overpriced “spiritual” stores, but whose modes and actions show them to have an aversion to restorative justice principles thus being enablers/co-signers of the very things the pose themselves to be against.

People who deviate from such apathy and dismissive and paternalistic attitudes and push against systemic injustices are who I consider to be truly progressive, anti-racist, and our allies for a healthy community.

The more one has a record of action and inclination towards these principles is who I favor.

This one took me a while. Both are nice people but hey, they’re all nice right? I am not politically impressed with either one. However, Ira is way more experienced, seasoned, insightful, and more understanding about the concerns of traditional residents and our culture which is an element that was sorely lacking in this last gentry/real estate sector inundated VNC.

Holly is very energetic, eager, and becoming but I don’t think she is there yet. Initially I was willing to roll the dice on her but ultimately came to the conclusion that her political proximity to the real estate sector is questionable and many I’ve asked say she votes too similar to pro-displacement lapdog extraordinaire George Francisco. I havent tallied those votes but that’s what informed political heads in Venice have iterated to me. At the candidate forum she said “Venice needs a new direction” whose meaning is ambiguous like most of the other candidates, and she talked about a “change” and “shaking things up.” Change what, the homogenous, white, real estate sector dominated council to steer things in a more equitable direction or more of the same apathetic,  systemic racism , Black History disregarding status quo? I don’t doubt she has good intentions but actions are what count for me and I’m confident she has the capacity and heart to move in that direction but that isn’t her right now.

I think next election if she continues to stay open, learning, and vote, speak, and act in the direction of inclusivity she’ll be ripe for president next time. Ira’s edge is that he’s shown interest in supporting Venice Black History in one of its most trying seasons and has some solid insight about, and regard for,  protecting traditional Venice culture and style. There is nothing “polarizing” about standing for something righteous.

If there’s one person who we DO NOT need on this council its is George Francisco. Uncompassionate, pro-displacement, anti-street-vendor, anti-black history, artwashing coordinating, calling Black elders liars, type of mofo.  What more can be said about this Carl Lambert and Penske (among others) lapdog? If systemic racism in Venice needed a poster boy it would be him (even tho there are, unfortunately, plenty to choose from.) By the way, does anyone even know what this guy really does for a living?

Grant Turck is the organizer for the Venice Pride festival. He went out of his way to reach out to me which I give him props for. After all, who really wants to connect with this “unhinged Mexican who bullies” internet gentry that make racist comments and gets kicked off all the gentry snowflake community pages? Lol. Some people I’ve talked to have expressed some issues with him but nothing near the caliber of being an anti-Black, pro-displacement lapdog. Talking with him he sounds balanced and reasonable in regard to development and housing issues.

While I’m sure Grant’s not perfect and there are some concerns about him they fall more on the personal side. I implore his detractors to vote for Grant anyway. We can amend those alleged issues in due time.  By voting for Grant you will be prioritizing and moving in solidarity with the fight against racism and displacement in Venice.  Grant has my full support and when he is elected I will continue to help him succeed in that role.

Land Use and Planning (LUPC)

While I don’t agree with Alix on all housing issues I know she is highly competent to do the job, prioritizes transparency, and has shown action and effort to acknowledge and support Black History, cultural assets, and racial equity in Venice. In that regard she’s is the most advanced and truly progressive candidate so far, deviating from the liberal and conservative apathy currently plaguing our Venice political discourse. She consistently advocates for mass, scale & character, Mello, and renters rights which goes hand in hand ensuring housing. She is strong in her stance for community input and comprehensive due process. A far cry from the current LUPC’s operation.

Daffodil Tyminiski has supported Carl Lambert & Andy Layman for hotel conversion which would have opened the floodgates for other multi-unit apartment owners to attempt the same. She also is an advocate for the potential rezoning of the boardwalk. LUPC has been horrible at staff reports for proposals, using just one sheet with vague descriptions of the existing structure and the new project, variances, and such. A few months ago, they changed their process to state the that staff report could now be posted online OR presented orally at the meeting.

Tyminiski also took some of the more controversial cases and wrote 10+ pages of legalese endorsing each of them. An ostentatious display that ultimately further convolutes and mystifies the LUPC process and exacerbates their already mad deficient transparency. She admits to being “pro-business” centric, which is not so negative in and of itself. However, when we look at this within social and historical context (something beneficiaries of gentrification love to ignore) it shows itself to be more insidious. Considering the social context of hyper-displacement and rapid economic and racial homogenizing of the neighborhood and her non-existing interest in Black history or cultural assets and value of our neighborhood, her behavior and mentality is the antithesis to Venice culture, housing, responsible development,  andracial/economic equity (something I assume all these “nice” people actually care about),

Black and Brown (traditional) residents have been a rarity on the VNC. Joslyn Williams is a 3rd generation Venetian for reals for reals. She’s not one of those fakers claiming to be 2nd generation Venetian because her dad moved to Marina del Rey in the 80s. She is motivated and if someone can be natural with it and succeed at community Outreach it would a Venice original (not that anyone else couldn’t but you know.) I’m confident she understands how people become marginalized and disenchanted with the political scene and I estimate that she will bring a natural spirit of inclusiveness (as opposed to diversity) to her role.

Sima Kostovetsky, just like George Francisco, is in favor of the most beloved Black property in Venice, the Historic First Baptist Church of Venice, being turned into a mansion for the Penskes.  There is no way someone that far removed from respecting history, racial justice in the age of Trump, and that adamant about further homogenizing a historically Black and brown neighborhood can be a good fit for community outreach. Also, consider that Sima is challenging the only Black woman running who also happens to be a multi-generational Venetian, and the symbolism and irony of it gets a little spooky.

You are only allowed one vote for At-Large Officers. These are the ones I’m in support of. You should contact them to see if they have sufficient votes to win. If  one does please help by giving your votes to another mentioned candidate. Also, a reminder that all these candidates here were proactive in speaking and showing solidarity with Save Venice and the FBCV.

While I don’t agree with him on some housing issues, he has shown consistent support for the First Baptist Church of Venice over the past 2 years and has displayed inclusiveness and equity values with traditional residents and has been proactive in building those relationships.

Matt has shown sincere support for the First Baptist Church of Venice and has even taken his own initiative to clean some of the overgrowth on parts of the property that meets the sidewalk. He is an impressive and sincere dude that is very knowledgeable and savvy about local politics and is not afraid to challenge the status quo. One example being his boycott of the recent VNC Election Mixer “Meet & Greet” a couple weeks ago and reporting it for violations of the Political Reform Act of 1974 and Code of Fair Campaign Practices [20440 – 20444]:

“They have been intentionally excluding and discriminating against homeless voters, previously incarcerated voters, undocumented voters and anyone without id by refusing to make the rights to vote known in the election guide newsletter, online and at all meetings when all other rights are shared repeatedly and request for all rights to be shared publicly without discrimination have been made repeatedly.

Also having meetings at private restaurants with donated space and refreshments without equal service provided by officials is in violation of the political reform act of 1974. The restaurant also makes entry impossible by discriminating against the poorer public . The restaurant employees actually asked me what I was doing there when I dropped off flyers, “security” followed me in. Who knows how they would treat someone from the street with lesser means wanting to take part in a ‘community’ meeting.”

Charles also has showed support for racial and economic equity issues in Venice as well as supporting the FBCV. He is a young man who works for SPY and is a promising contributor to solutions for the housing and homeless dilemma in Venice.

Brian is newbie to the Venice political scene with a focused interest in protecting housing and renters. He is enthusiastic and a sincere ear that wants to understand how to help and be inclusive. If he gets elected I am confident he will serve well and with integrity.

For the Uncontested Seats, even tho they only need one vote to win, I would suggest not casting a vote. This is not to say that some who haven’t reached out are not open to supporting the organic community and equity principles but,  we need proactive thinkers and action oriented  people who are not afraid to upgrade from the current status quo mode. 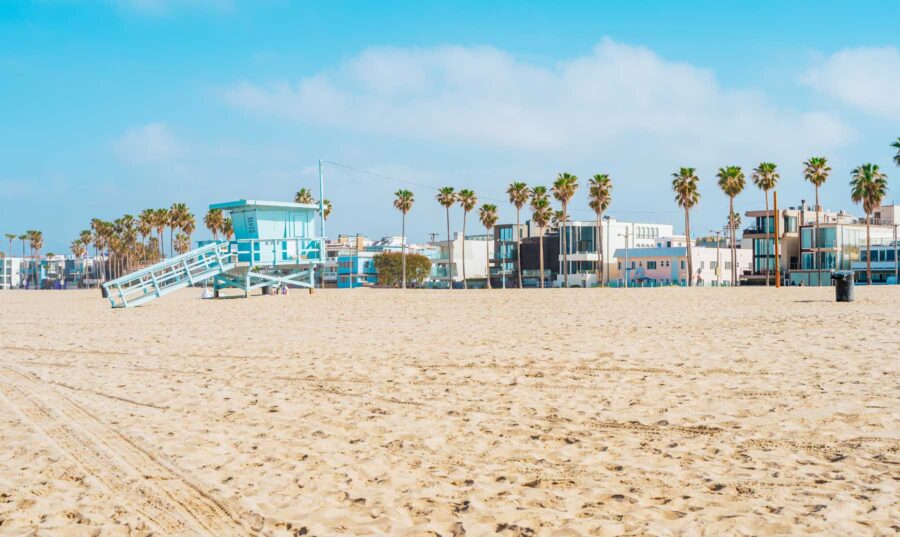 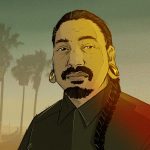