As a former board member of the Venice Neighborhood Council (VNC) and being in constant engagement with it since 2014, I always find it amusing how VNC members portray the council and how the public perceives it as some type of prestigious and powerful entity. Intentionally convoluted processes, procedures, and pedantry just reinforce that misconception.  These illusions of grandeur need to be deflated and demystified for sure. This was the initial purpose of this piece I’ve been sitting on but I’m expanding on it to encourage equity conscious people to run in the 2021 VNC Elections whose process started earlier this month.

Let me start by stressing that no person or institution is the source of your power. Your genuine, heart led action and voice is the true power. Please know that. My experience is that the VNC has mostly been unhelpful (and often directly harmful) to Black, Indigenous, and working class people in Venice in general. All the strides that Save Venice has made to protect our community have been via our own creative and persistent means—outside of the VNC. So most definitely, you can still effectively advocate for your cause outside of the VNC ( and possibly be more effective). That being said, I still think the VNC can be an important and useful venue to have a seat at and participate in.

Here are some key points I want to demystify about the VNC:

The VNC is an advisory board— Simple as that. Neighborhood councils in L.A. don’t make policy. There is no “Venice City Council” that makes authoritative decisions on development, policing, building codes, or housing. Los Angeles City Council does that. However, VNC can sometimes influence policies that can be made at the city council level. Even if the VNC passes a motion it does not necessarily mean the City or local district Council Person will use it. In fact, it is quite common that they won’t acknowledge it unless it falls in line with their pet projects. To which they or other gentrification type agents will proclaim “The neighborhood council  who represents the community voted for it ..blah blah blah.” OR,  it is common for councilpersons to co-opt a motion or ideas and act like they created it. Like when Mitch O’Farrell co-opted my Indigenous People’s Day idea to the City and acted like it was his idea.

VNC has 21 Board Members who ultimately vote on the final (advisory) motions that will be sent to the Councilperson, City, and/or relevant city departments and agencies. There are 2 sections to the Board. 1) The 7 Executive seats: President, Vice President, Secretary, Treasurer, Outreach, Communications, Land Use and Planning; and 2) 14 At-Large Community Officers who are general representatives and don’t hold a specific function and extra responsibility like any of the executive seats. (note: Neighborhood council formats can vary by neighborhood)

VNC has Committees— YOU can join these committees even if you’re not on the Board. These committees deliberate and discuss motions before they get voted on by the VNC Board. Committees such as “Homeless Committee” or Outreach Committee are two examples of a committee you can join. The Land Use and Planning Committee is probably the most important and requires a lil more land use policy knowledge but that’s nothing a little experience and studying can’t take care of.

Anyone can submit motions to the VNC or any of its committees. —  You don’t have to be a board or committee member to do so. Originally you could create a motion and just submit it to the board and for the most part they would accept it. However, now it is common for them to make you go through a committee first. That is not set in stone tho and can be changed. So let’s say if you wanted to make a motion to encourage the city to plant more trees on your block or encourage policies for racial justice you could submit that and they’d send you to the “Tree Committee or something lol. But yea, that’s how it works.

VNC has never really been Diverse or Inclusive— minus a few good board members throughout the past two boards that have dominated the past 5 years (2016-2021) the VNC has been egregiously homogeneous and pretty racist. Even when I was on the board from 2014-2016 and the people were a lot more human and reasonable there was still a serious lack of diversity. Of course, there are socio-historic dynamics to why White folks dominate these spaces and why most BIPOC don’t feel inclined to participate in these neighborhood council spaces but that is for another piece. We need to hold everyone accountable for making this a truly inclusive setting.

“Venice Town Council” and GRVNC— were the precursors to the current Venice Neighborhood Council model. Venice Town Council (VTC) was active in the 70s through the early 90s until around the time Councilmember Ruth Galanter took office. The inclusive spirited GRVNC (Grass Roots Venice Neighborhood Council) started in 2002.  According to many, the GRVNC and the neighborhood council system being implemented throughout Los Angeles City neighborhoods then was largely a response to the active secession movements challenging the City of Los Angeles at that time. But mostly due to some city interference, the GRVNC was phased out in 2006 and replaced with this current model and bylaws they have now. From there on the inclusivity dynamic for Black, Brown and Organic Venetians has dwindled drastically if not totally non-existent.

WHY YOU SHOULD RUN FOR A VNC SEAT THIS ELECTION 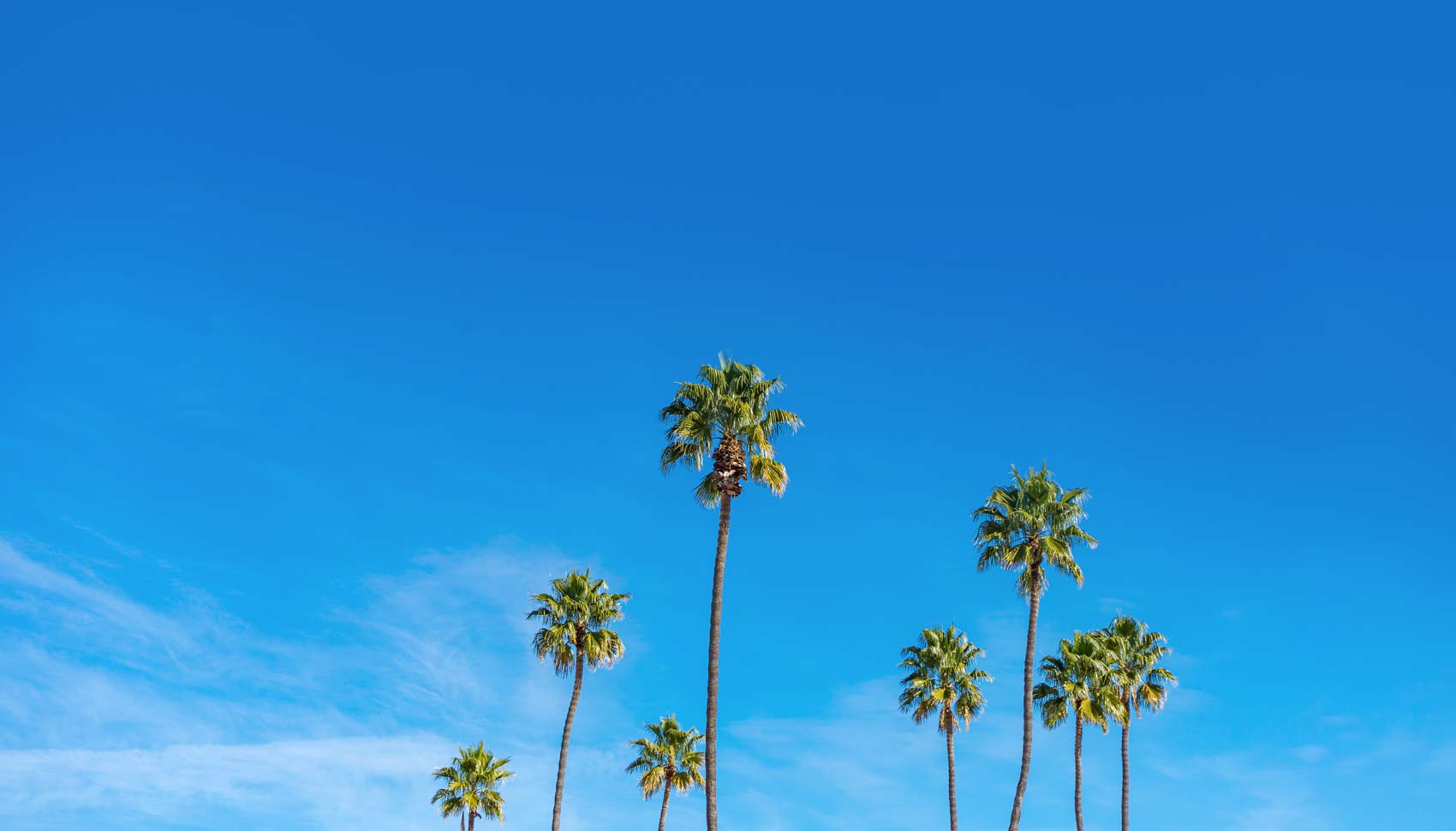 As mentioned earlier the VNC is a helpful venue to occupy but it is hella homogenized, gentrification agent, real estate sector dominated. There is NO true diversity there. Don’t let the puppets fool you.

If you’re already running or thinking about running and you care about diversity, or you’re a supporter of racial, economic, or housing justice, and want to give more than lip service, please check in with us. If you attended any rallies or demonstrations after the police murdered George Floyd, please check in with us. Going along with the status quo, inequity flow of the Venice Neighborhood Council as its been operating for some time is not the way to go. People often say ” you can’t stop change” but let’s BE that real change for the neighborhood and for our society in general.

Being a VNC Board Member is Not Hard

Being a board member is not hard! It’s more of a time commitment than anything. If you’re a person that is genuinely dedicated to principles of equity and inclusivity you might have a challenging time processing the disheartening reality of Venice politics.  Acknowledging the beast that is the City of Los Angeles or the inundation of systemic inequity reinforcing behaviors of both liberal and conservative gentry in this community might be the most difficult thing. It’s only a hard job if you’re a dishonest, non-transparent, pro-gentrification slimeball that has to account for all the lies  you put out there. Remember this is a community advisory board. Do you have a voice, an opinion, and about 15-18 hours of time spread out during the month you can sacrifice?  Yes? —You’re good to go. — Run!

Of course if you feel so inspired you may put in more hours and do as much as you like. Know that the Executive seat positions will require more time commitment than the At-Large seats but if your cool with that then that’s cool.  But the most important thing is that you represent the community with integrity and don’t feel pressured to appease the white power structure status quo.

Some might make it seem as if you need some exalted status or special skills but you don’t.  When I was on the board there was gentry that tried to shame me for not knowing particular terms or acronyms but that’s just elitist bullshit. Sure there’s a slight learning curve for learning the procedures and protocols and you might need to study some topics a little but you’re a good person as any to be on the board.  You want to make educated decisions but that’s nothing that a Google search and/or a brief talk with some of your fellow community members can’t handle.

Think you can get 50 people who either live, work, or own property in Venice to vote for you?

If my over anxious dorky ass can do it, you can too.

So, now that you’ve decided to run..

Here are some quick things to know about this VNC Election

And of course please feel free to contact me for any input or questions. 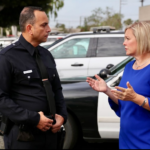